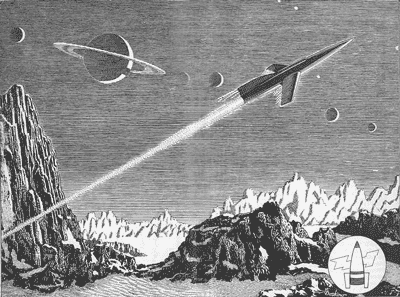 I didn’t sleep well the night before our Sunday launch of Vex Blocks. Despite the weeks we’ve had the game in the hands of testers, a new bug had come to light late Saturday evening. While not game breaking it still needed to be addressed. I stayed up working on the problem until solved. Chat messages, frantic on my part, went back and forth between myself and my partner until between the two of us we were able smooth things out. I then prepped the build for the next morning’s launch and finally after a long day allowed myself to push back away from my desk just after 1am. I tried and failed to sleep after that.

The late night adrenalin rush of fixing a bug on the eve of our self imposed deadline had fired up my brain and my thoughts erratically leap from point to point like popcorn popping while anxiety knotted up in my stomach and settled in for a winter’s nap. I stared at my bedside table for an undetermined length of time before I eventually drifted off into a fitful sleep.

At some point during the night my wife woke up to comfort our baby girl, Hanna and had fallen asleep in her room. My day started when my wife came back to bed and informed me that our 3 year old, Jake, was awake and calling for Daddy. I squinted, noticed the sun was up so there was no chance at another hour of sleep and rolled out of bed just as Jake hit the living room and started honking the horn of an obnoxiously noisy pink riding car meant for his sister. I settled him down with a cup of a fruit/veggie juice I have yet the had the courage to taste and turned on “The Cat in the Hat knows a lot about that” before heading to my office to launch our second title.

Launch day this time was different. With our first title, our core group hunkered down in my home office in a marathon of testing the ultimately cumulated with “Well. That’s it. Let’s launch.” Someone suggested we should have a drink so we did toasting each other and then that was it. Game launched. The next day I sat, staring at my computer screen knowing I needed to “market” somehow but not having a clue even where to start. This time out there was no empty void of “What the hell do I do now” waiting for me after launch. There’s no one else in the room. No one to raise a toast to. The artwork was finished months ago by very talented student artists. The testers I haven’t actually seen face to face in who knows how long. People complete their assigned tasks and then scatter leaving only us, the two founders of our indie studio, each waking up with their respective families on a cold, Canadian Sunday morning. There was still a long list of of objectives that needed to be completed to launch Vex on other platforms, in other app stores. There’s another team working on our third title that needs checking in on. There’s communications that have been piling up, unanswered while we pushed to complete. The gaping maw of uncertainty that greeted me after the first game released didn’t exist this time out. I know what needs to be done and we can’t afford to slow down.

So while the Cat in the Hat explains to my 3 year old the benefits to singing underwater with a whale I sat down to release our new game. The sun tries to poke through the clouds outside my office window but it just can’t decide whether it wants to clear up or add to the snow on my back deck. I noticed the time and remembered that Daylight Savings had struck again. I could almost feel that hour suddenly sucked away from me like a voodoo spell setting in as I lamented the time shift. I shook the sudden tiredness off and a quick check of my emails included a brief message from our other developer, my brother-in-law Will. No doubt he had a late night as well. If he wasn’t awake due to work, I’m sure his sleep would have been interrupted by their first child only weeks old, waking and bellowing his displeasure. I took the few cosmetic changes to Vex Blocks that Will had pushed up to our server, installed the new build and then uploaded the apk file to Google Play. Then I hit “Publish”.

That was it. I leaned back in my chair and despite being told by an online message that it could take hours to populate to Google’s servers, I punched in the url just to see if it was visible. It wasn’t. I went through my email and then checked a few links to press releases that were scheduled to go live that morning to herald the Vex Blocks release. I clicked refresh on the Google Play site again. Still nothing. I flipped back and forth between press releases, finding the announcements somehow comforting and real, like the launch of the game after ten months wasn’t just a dream. I’d then refresh the Google Play link. I don’t know how many times I did this before the baby monitor in the living room announced that Hanna was awake. I fired off a message to Will for whenever his sleep deprived old bones made his way into his office that morning, informing him that the deed was done.

The links to the game on our Facebook and web pages were live. The press releases were out. The game was published. I went to rescue my daughter from the confines of her crib. She smiled her huge, baby smile when I entered her room, just like she always does and I took her into the living room where she proceeded to make short work of some Cheerios I placed out on the coffee table for her to keep her occupied. My son jumped up on the couch beside me and we talked and watched TV, letting my wife sleep in a bit. Little Einsteins was on now. The rocket ship apparently runs off leg pats, so we patted our laps faster and faster to rev up Rocket as we were instructed, raised our hands as high as we could and announced together “Blast off!” Hanna turned from where she was standing, leaning against our ottoman, swaying a bit on her unsteady little legs. She giggled at us.

It was a good day.