We’ve partnered up with the good folks at App Gratis to give you a chance to pick up Vex Blocks for Android FREE, but only for a limited time!

You can download the App Gratis app on Google Play to keep up with their daily free apps, and head on over to our special Vex Blocks App Gratis spot on Google Play to grab your free copy of the puzzle game nominated for “Best Casual 2013” in this year’s “Best Mobile App Awards”

Quick note to all player taking part in this offer:  Be sure to login to Vex Blocks using your Facebook account after taking part in the App Gratis download.  Once the promotion is over, this copy of Vex Blocks will be unpublished.  In order to take advantage of future content and game updates, as long as you’ve linked your Facebook account you can feel free to download the free version of Vex Blocks and, once logged in again, all features will become unlocked and coins and active challenges will carry over the the live version of Vex Blocks.  You’ll still be able to enjoy the Vex Blocks App Gratis version as long as you wish to without linking up to Facebook.

We’re happy to see that Vex Blocks has been nominated in the Casual game category for 2013’s, Best Mobile App Awards.  No voting required this time, simply wish us luck and keep spreading the word!  Thanks to all our fans for their support!

If you’d like to contribute your art picks for our “Share what inspires” Pinterest page, we want to hear from you!  Just drop us a line with your email via our contact page and we’ll add you to our contributor list.  We’d love to see what inspires you! 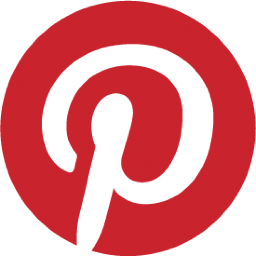 We’ve recently added a board on our Pinterest page to Share What Inspires!  On this board we’re sharing pictures and artwork that inspire us creatively and we’d love to see what inspires you!  Check the new board out at http://pinterest.com/itzyinteractive/share-what-inspires/ and see what we’ve come up with so far.  But be warned, it’s going to be geeky.

Mobile game review sites are a waste of time

With app discovery being one of the main hurdles that an indie, mobile developer will face it’s understandable to want to reach out to the hundreds of app review sites out there in the hopes that they’ll be able to help launch your game to stardom, or at the very least be a lifeline that could potentially keep you afloat. Dozens of guides exist providing tips on how to make your mobile game stand out in the hopes of garnering some review attention. So armed with this knowledge, you put together a press package, research which sites to approach, find out who to contact and what their favourite color is and then start initiating contact. This is what I did, and in my opinion it was about as effective as wishing on a star.

We now have two games under our belts and trying to court review sites for coverage has felt a bit like sending head shots to a supermodel in the hopes she’ll take you to your prom. On each title I’ve spent weeks of my time reaching out to review sites and have zero to show for it. For our next title, I won’t waste my time on a single one and I wouldn’t advise any other mobile app developer expend any effort either unless they specifically know someone who can provide them an “in.”  Statistics show that roughly 20% of users discover their apps through 3rd party sites including press releases, blogs and review sites combined and given that the chance of being featured by one of these review sites that make up a portion of that 20% are slim, how much time should a mobile developer spend on the off chance that they might be featured on one of the worthwhile sites?

Between Vex Blocks and Itzy3d, I’ve initiated over 400 contacts with mobile review sites, not counting some actual back and forth conversations and follow-up. I’ve received a big, fat goose egg for reviews for our latest title, Vex Blocks and one review for Itzy3d from a site that is no longer active. The other reviews we received for Itzy3d were paid reviews of poor quality I shelled out for in a desperate attempt for exposure before I realized I was being scammed. I currently have an email box full of review sites asking for money for their “expedited review services” ranging from $25 to upwards of $300-$400 for exposure on sites that rarely even reveal meaningful data regarding readership when requested.

I followed the guides. I carefully crafted my press package, I personalized, I included media and gameplay videos. I researched sites and people, attempted to establish a rapport with reviewers and even when a dialogue was established, in the end all the work I put in didn’t help move a single copy of either of our titles.

Now while I’m sure a piece by a well known game site certainly wouldn’t hurt app exposure, the reality is these sites are inundated with requests for reviews and most likely if you don’t know (or aren’t willing or able to pay) you’re just one of thousands of voices crying for attention. The sites that don’t exist to simply take a desperate indie’s money and throw up a couple of paragraphs for their few hundred readers are most likely so backlogged with review requests that even the most well meaning among them probably hasn’t a prayer of reviewing even a tenth of the requests they receive. So far, based on my experiences, I’d recommend you not waste your time if you find yourself in the same situation. Again, I’m not saying that you might not get lucky with review sites. You might win the lottery. What I am saying is there’s probably more productive ways you could spend your time promoting your game.

There are dozens of promotional activities that can yield results. The sites that have provided write ups of either of my titles I didn’t even have a chance to contact before they had written something based on our press releases. My initial press releases sent out through various PR sites generated more internet exposure and game coverage on websites than 400 contacts to roughly 200 individual sites. Other activities that I’ve engaged in have included blogging, keeping a company facebook page (I try to keep it entertaining while being informative on our products), maintaining our website keeping up with twitter interactions. These have all resulted in far more eyes on our product then reaching out to mobile review sites.

And in the time it took me to write this recommendation today, I’ve already received two more requests for cash for “expedited review services.” As most people aren’t perusing review sites on their phone when looking for apps, the impact of being reviewed is questionable in the first place.  I love review sites and I use them all the time but for mobile indies out there looking to promote their titles I say don’t get sucked into the time-consuming trap of emailing or filling out the web forms for these sites who’ll just use this contact as an excuse to add you to a list to hit you up for money. This isn’t every review site, but it’s enough of them.

Itzy 3d is heading to this year’s E3!

Thanks to the folks at 100% Indie, Samsung and Chillingo, Itzy 3d will be part of the independent developer showcase at this year’s E3 expo in Los Angeles next week.  Itzy 3d has been selected along with 29 others for the “Indie Heroes” showcase which will feature other work by independent game developers currently working with Samsung as part of their 100%Indie initiative.

Stumped by a Vex Blocks puzzle? Ask the developer!

Not only does Vex Blocks boast a Timed Mode, FreePlay Mode and Arcade Mode, but Vex Blocks also offers over 80 puzzles via the puzzle mode.  A good number of these puzzles require gamers to rotate their devices or even flip their phones end to end to control gravity as part of the solution but if there’s any puzzle that completely escapes you, ask the developer!

If you’d like to see a solution to one of the Vex Blocks puzzles posted on our site, email us at contact@itzyinteractive.com or contact us via our Facebook site or Twitter with the specific puzzle pack and puzzle number and we’ll create a new blog post detailing the solutions to our more tricky puzzles.

And keep watch for new puzzle packs in the coming months!  We look forward to hearing from you. 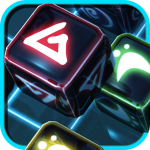 We’re please to announce that Vex Blocks, nominated for “Best Brain & Puzzle” and “Best Casual Game” in this year’s “Best App Ever Awards” Android edition, is now available for the iPhone and iPad through the Apple App store.  An alternative to traditional, “Match 3” type puzzle games like Bejeweled or Candy Crush, players create chains of colored lightning by matching up blocks based on symbol, color or both.  Head on over to our Downloads section, or click the icon to take advantage of our $0.99 launch pricing.

Vote for Vex Blocks in the “Best App Ever” Awards!

The nominations are in and Vex Blocks is in the running for the “Best App Ever Awards” in the category of Brain and Puzzle Games and in Best Casual Game.  The 5th Annual Best App Ever Awards were created to celebrate the best mobile apps and games available.  The site states “Our goal is to help gather together the very favorite apps of the real users, not just the best-selling ones.”

Previous nominees and winners in the Brain and Puzzle category over the past 5 years have included such titles as “Cut the Rope”, ” Angry Birds Rio”, “Where’s My Water”, and “Feed Me Oil.”

Do you like Vex Blocks and want to express your admiration in the form of easy click voting? Then click the button above and head on over to the Best App Ever page and express your love!